It's once again Monday, which means it's time to highlight some of the most recent community submissions posted to the Math Craft corkboard.  Since two of these posts were on polyhedral versions of M.C. Escher's tessellations, I thought we'd take a look at building a simple tessellated cube based off of imitations of his imagery.

Here's the pentakis dodecahedron with the faces all colored differently: 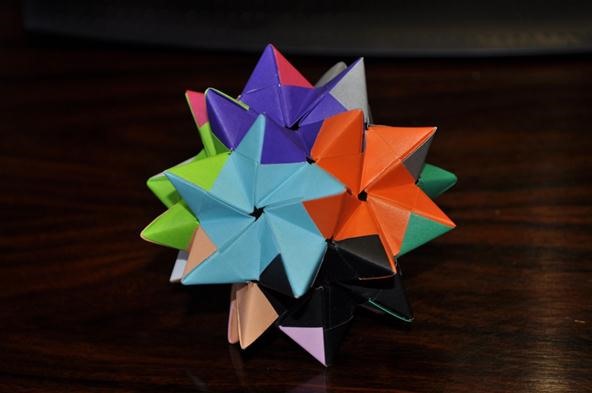 Here's the Sonobe Buckyball with a similar color scheme: 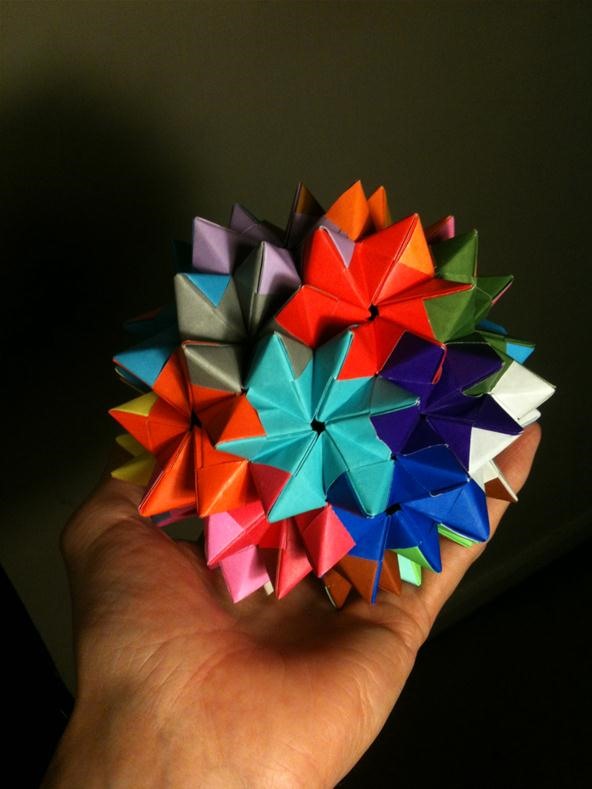 Toastykitten of Google Plus World posted up a time-lapse video of a Geodesic Gingerbread house being created. The top dome is supported by a cardboard net in the shape of one half of a truncated icosahedron. This underlying shape is the same as the complete one used for Imatfaal's Sonobe Buckyball, which was named after Buckminster Fuller who popularized the Geodesic Dome.

Paula Salhany posted up her own stop-motion video of her Sonobe octahedron rotating, which looks fantastic.

Paula Salhany is a freelance editor and filmmaker. You can see more of her work on her blog. She was the editor for the OK GO music video for the song "All is Not Lost", which has some incredible choreography involving geometric shapes and even has a section where messages are spelled out. You can even make the band create your own custom message.

I created this one:

While browsing Reddit.com I discovered this beautiful picture, which reminded me of Math Craft posts on creating parabolic curves from straight lines and creating concentric circles, ellipses, cardiods and more. The creator permitted me to share it here. 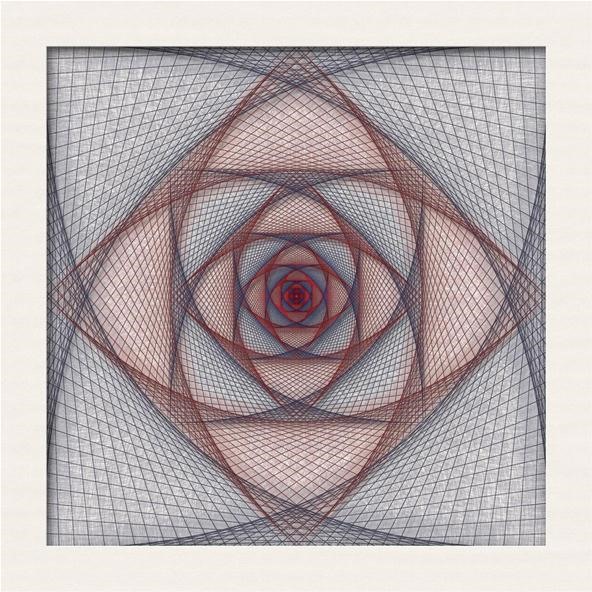 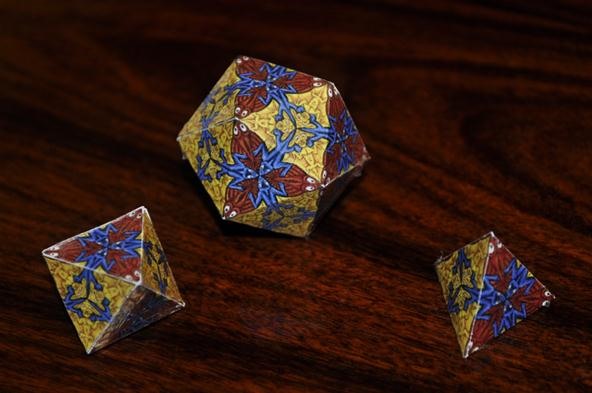 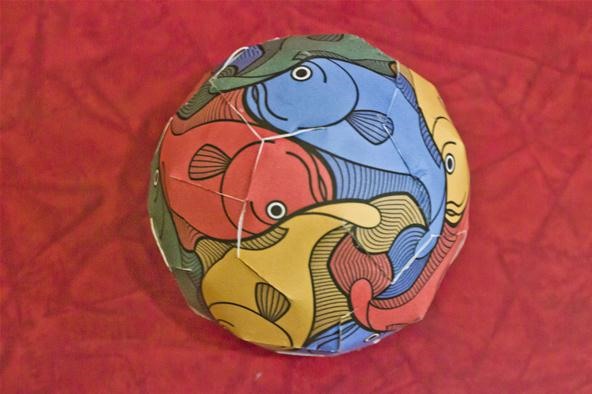 Unfortunately, Escher's Art is protected by copyright and so I can't share with you any templates for creating Escher-based polyhedra.  However, I can share with you some templates that are very Escheresque.

Werner Randelshofer has a fantastic website on Rubik's cube. In one section, he has dozens of images that can be used for sticker patterns. Several of these are based off of recreations of Escher's tessellations. I really like his fish template and his lizard template, so I decided that I'd use those to make an Echeresque cube without the Rubik's cube underneath.

How to Make an Escheresque Tessellated Cube

Print out one of the templates above. I used glossy photo paper this time. 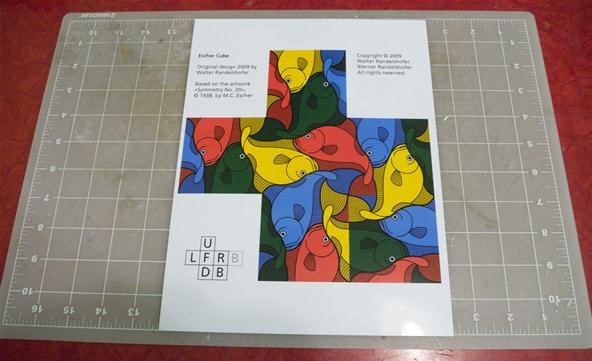 Cut out the bottom square. You'll want to use a straight edge unlike me. 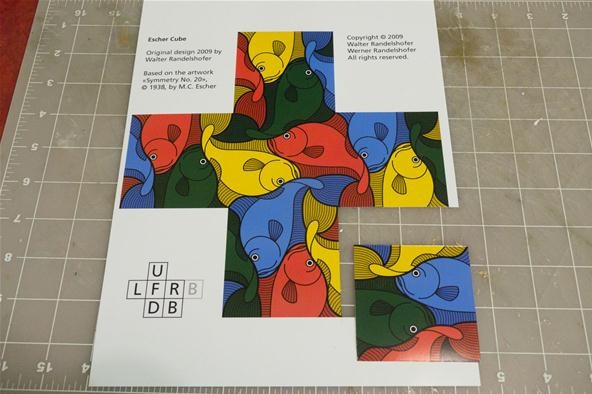 Cut out the rest leaving tabs as shown. The angles on the tabs should be greater than 45 degrees, otherwise you'll have overlapping tabs when you glue it together. 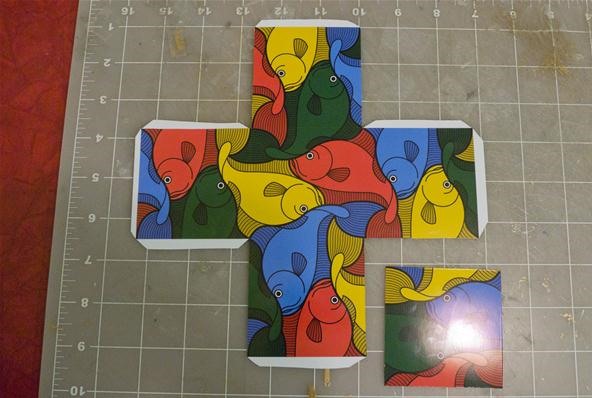 Fold the main part so that it looks like an open box. You are probably going to want to use that straight edge to fold along. You also probably want to use something to pre-stress the folds, such as a dead ball point pen or a light touch from a knife. 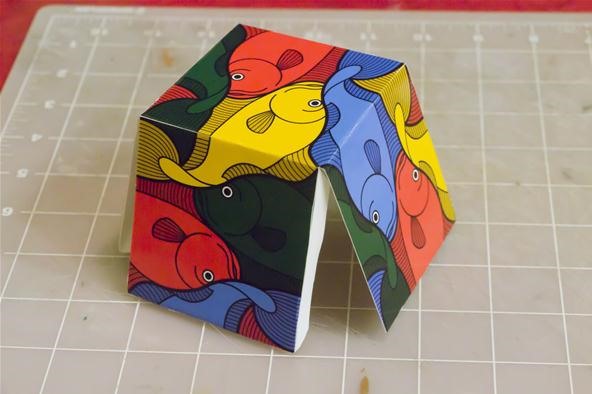 Notice that one edge doesn't have any tabs. You'll have to create that. 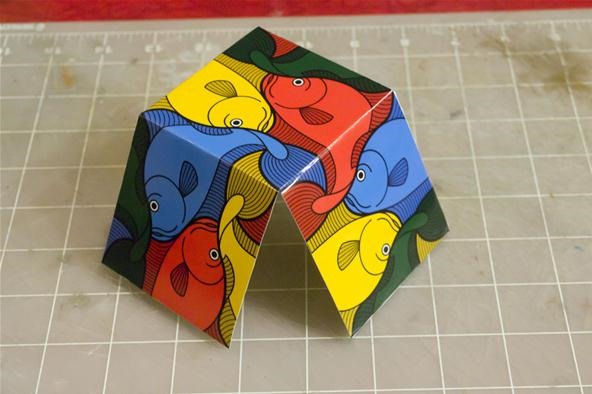 Use the scrap paper to cut out a tab. You'll also need to fold this down the middle. Glue it onto one face of the cube and attach it to the other. 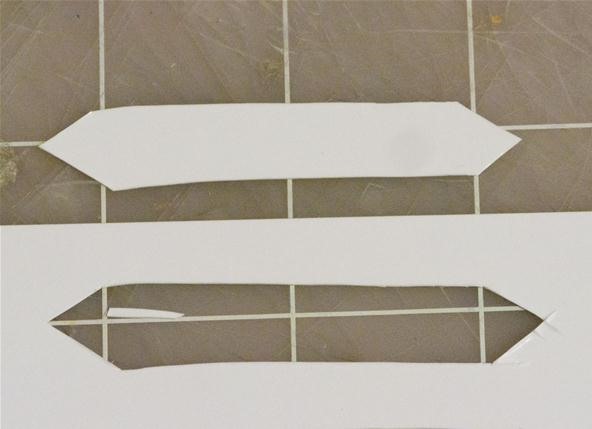 After you glue all the faces together you should have an open box with 4 top tabs. 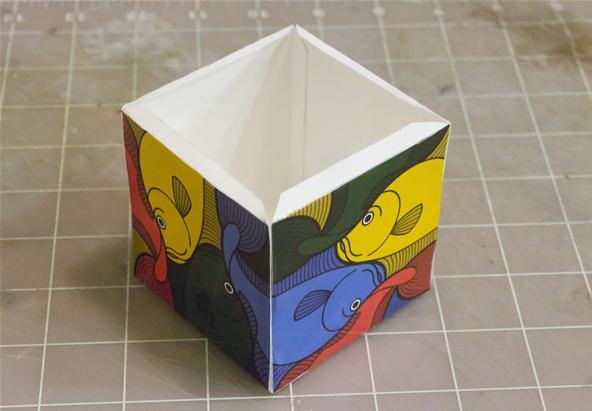 Glue the remaining face onto the tabs, making sure the colors are properly aligned. 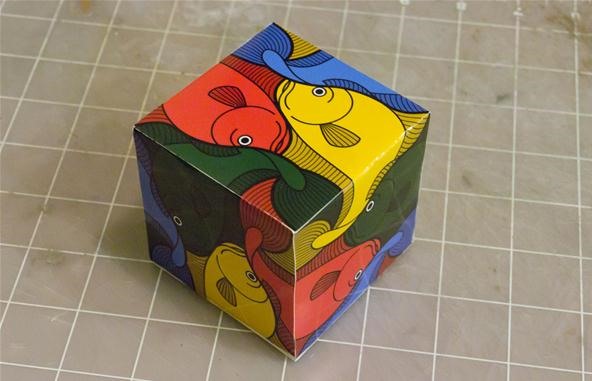 Here's the finished product. These are the size of a Rubik's cube. 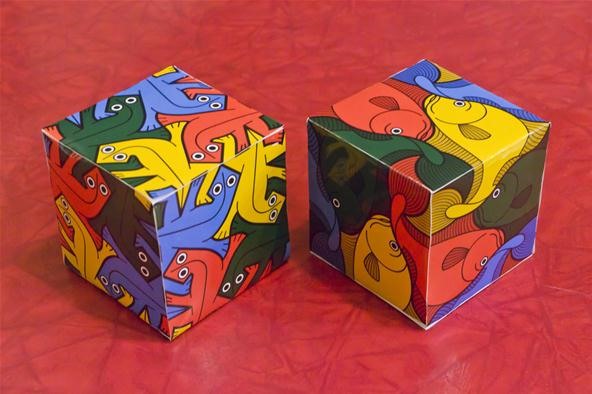 If you make the Escheresque Cubes or any of the other previous Math Craft projects, please share with us by posting to the corkboard. I'd love to see these adapted as Christmas ornaments and hanging from a tree, or maybe you can figure out how to make them into usable boxes with a lid. Perhaps you have some original project or something you've seen on the web that you'd like to share.

Great post - I really like those tessellations. Anyone a technique for making them - I have tried but my artistic talent runs dry far too quickly. Are there any cheats or tips that we could use to make our own? - or do we have to be a crazy genius like escher?

I really need to give making tessellations a try again...There are lots of great resources on making them...I'll try and post some up on the corkboard in the next couple of days. I've never made any that I have thought were any good though! Once I'm able to figure that out I'll make an actual post unless you beat me to it of course.