Natural processes often create objects that have a fractal quality. Fractal branching patterns occur in plants, blood vessel networks, rivers, fault lines, and in several electrical phenomena. Many of these processes take lifetimes, or even occur on geological timescales. But this is not the case for electrical phenomena. They often occur near instantaneously. One example would be the branching patterns that sometimes occur in lightning.

Andy Collins took this picture showing spectacular lightning branches. A couple more of his images can be seen on STATRIX. 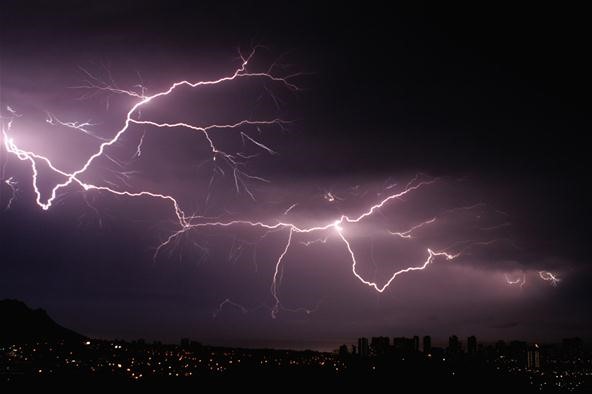 Similar branching of electrical arcs through the air can be generated using a Tesla coil. If you would like to build a Tesla coil, this video series might help. The following video shows a home- built coil in action.

In order to have a permanent record of a particular pattern in both the case of the lightning and the Tesla coil, it is necessary to take a picture. Another way of capturing electrical branch patterns is to apply a very large electrical field to an insulating material. The subsequent breakdown can leave a pattern etched into the material. This method occurs with lightning as well, where the insulating material is air. Such patterns are called Lichtenberg figures.

These patterns can occur mainly in a plane as in this image: 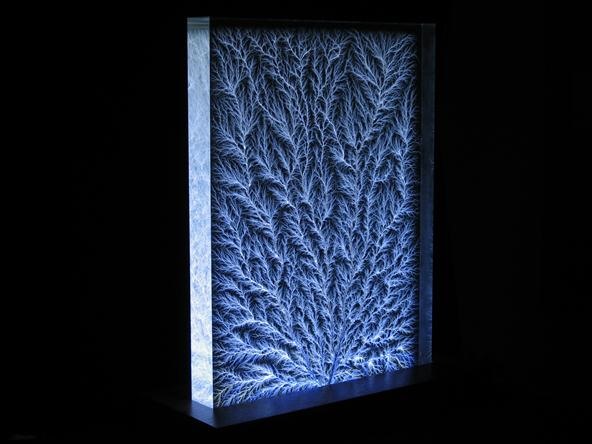 Or in a better three-dimensional manner, as in this image: 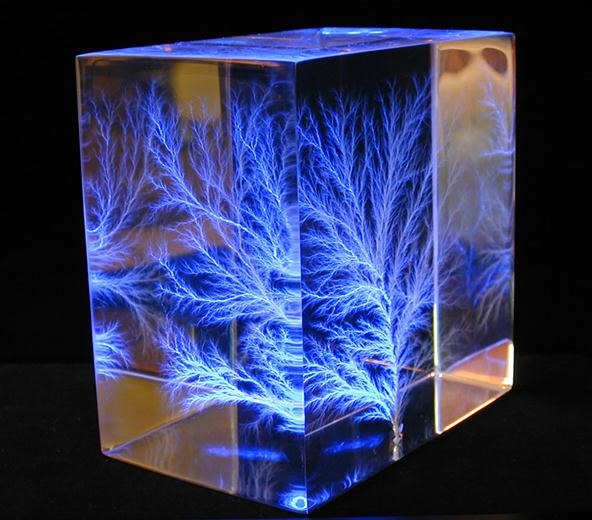 Both images are from Bert Hickman, who also sells these cool Lichtenberg figures. Below is a video showing how fast they are created.

While it is difficult to create your own Lichtenberg figure, a similar method of generating electrical arcs to breakdown an insulator is to place a CD in a microwave. 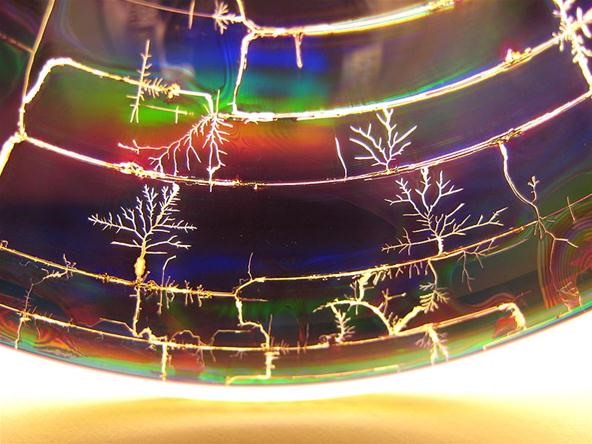 A video showing the process, which only takes about 5 seconds. Skip to the 30-second mark for the electrical spectacular.

If you choose to microwave a CD, there are a couple of things you should keep in mind. It only takes a few seconds to form the pattern and if you microwave it any longer, you will just overheat the disc and it will begin to melt. You need to place something down underneath the CD, like a paper towel, so that if it does melt you can clean it up easily. It will probably smell like burnt plastic in your house for a short while and you probably shouldn't breathe these fumes in.

I smelled up my house last night by microwaving a CD. Here's a few macro photos of the result: 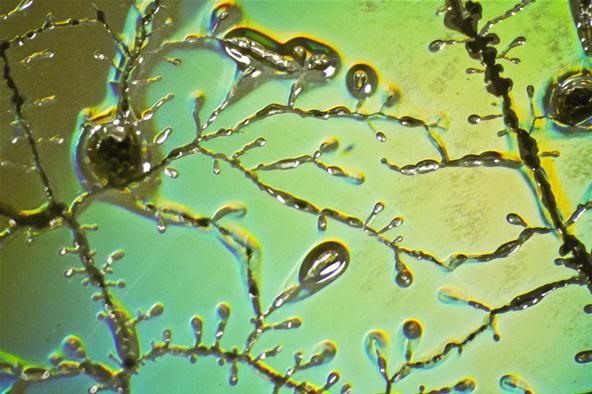 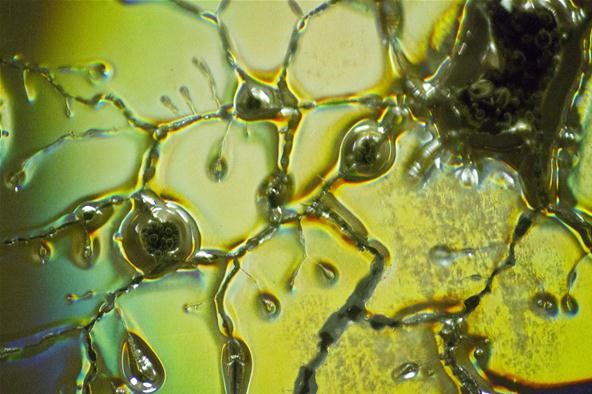 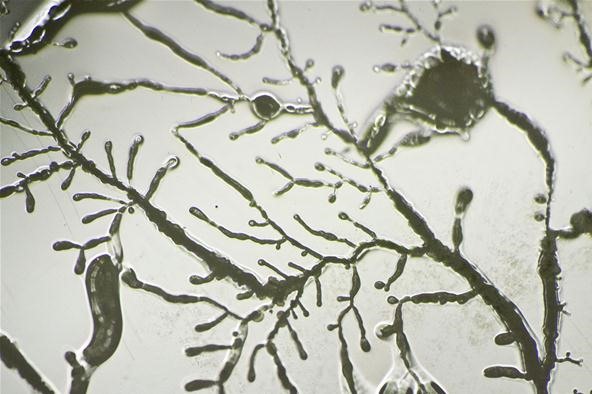 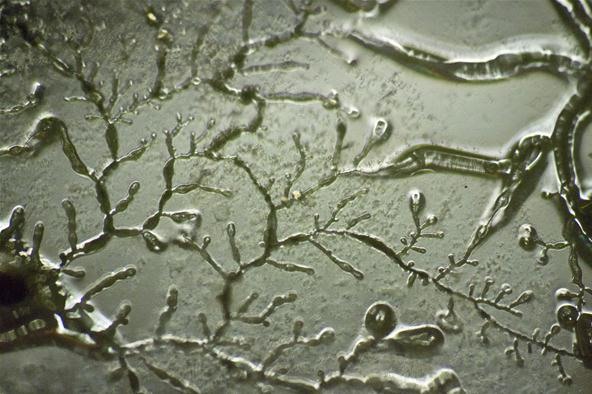