If you take two flat mirrors and place them front to back and look at them, you can see an infinite number of reflections. While this is a self-replicating pattern and can be somewhat mesmerizing, it isn't anywhere as interesting as looking at the chaotic scattering of light that can occur between 3 or 4 spheres.

I first became aware of a simple way to generate fractal patterns caused by chaotic scattering when I was a graduate student in physics at the University of Maryland. A graduate student and two professors wrote a paper on the dynamics of the scattering of light from a simple arrangement of 4 reflective spheres stacked together as a tetrahedron. These images were part of the paper (which you can read here). 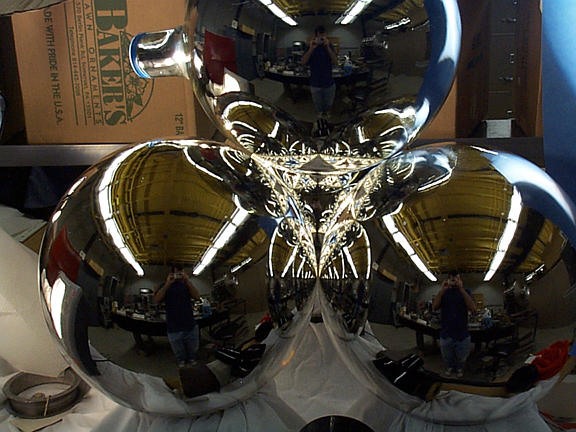 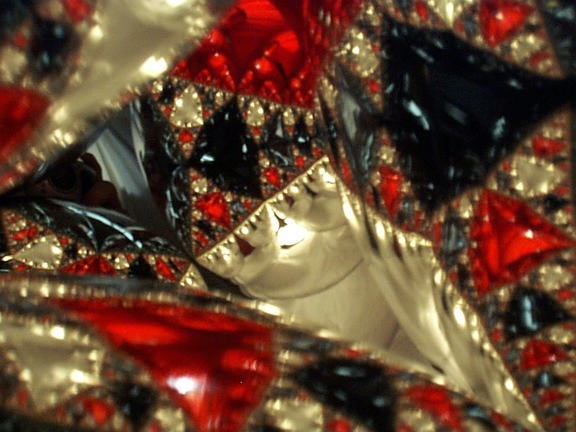 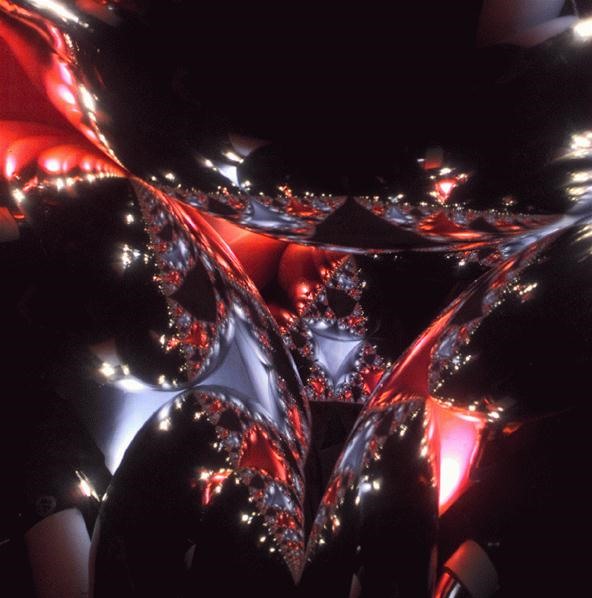 In these pictures, you will notice a fractal pattern similar to Sierpinski's triangle being created. The different colors show the four different ways that a ray of light can exit or emerge from the 4 reflective spheres. The fractal pattern shows that this process is chaotic since just a small change in position ends up making a large change in the outcome.

The people over at Evil Mad Scientists Laboratories wrote an article with a lot of pictures on how you can generate these fractal patterns yourself using shiny Christmas ornaments and red and green lights or a laser pointer. If you want to build one of these, you really should read their article, as well as this procedure from a college lab based on this effect. 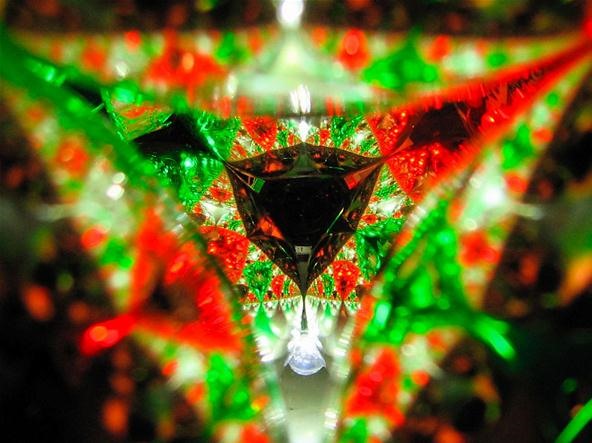 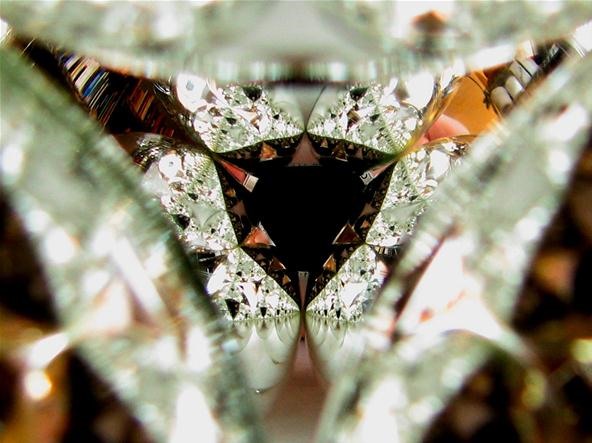 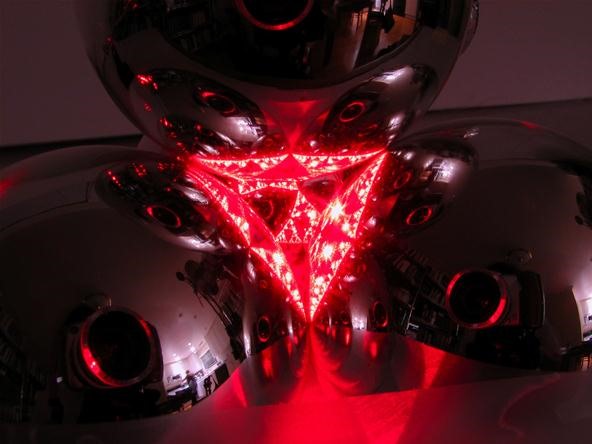 I've never built one, but just the other day I took a few pictures of a few ornaments next to each other at a store. You still get fractal patterns, though they aren't probably quite as interesting. 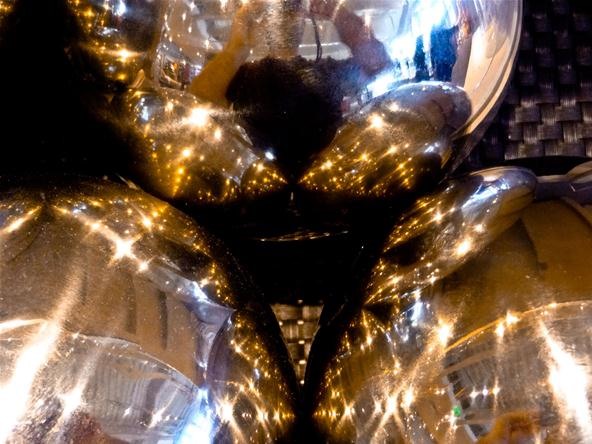 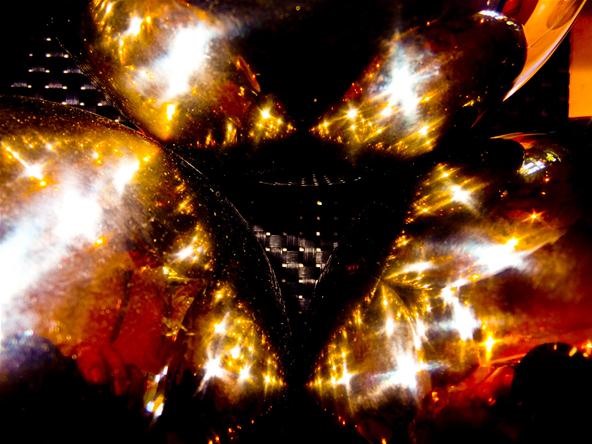 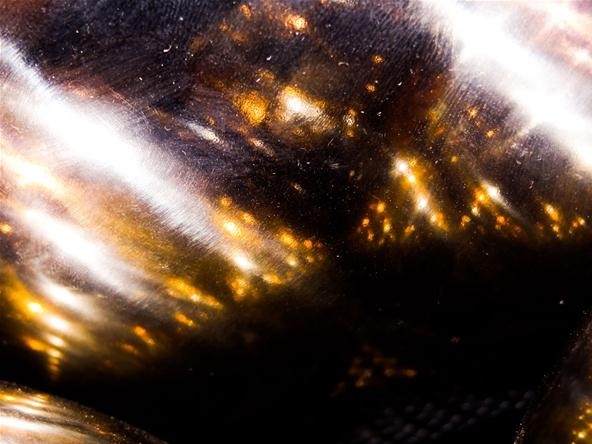 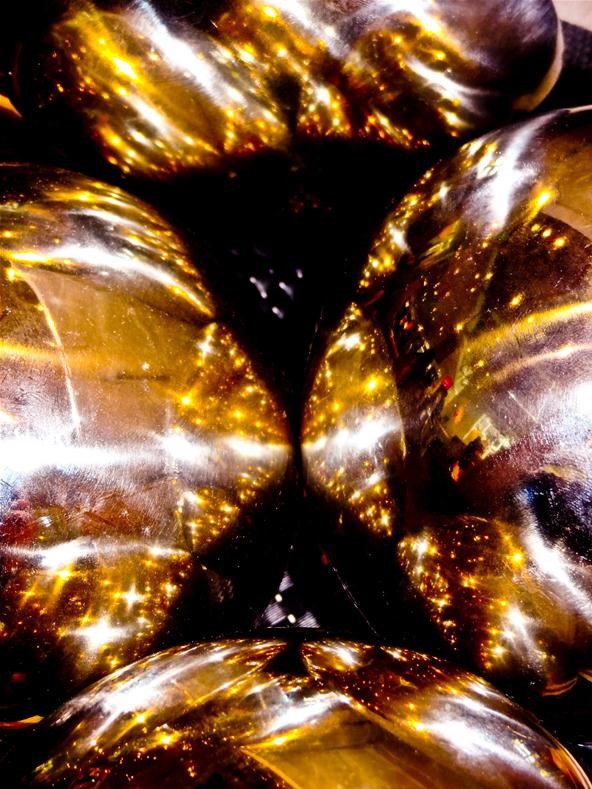 It's also possible to generate fractal patterns using just one ornament, and surrounding it by flat mirrors and a bunch of lights. I took the pictures below at an exhibit at the Oregon Museum of Science and Industry. 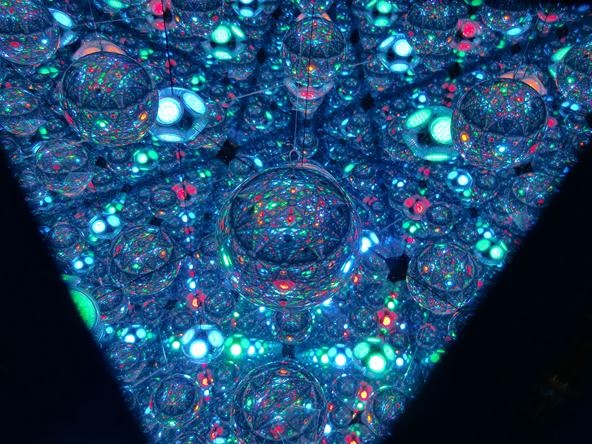 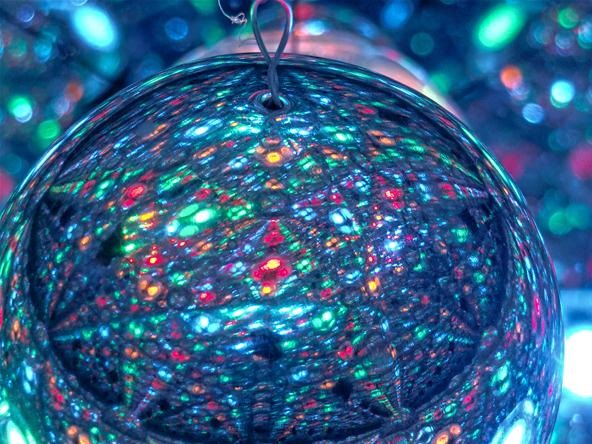 I'd love to have people post up any pictures they take that have fractal reflections in them, and I'd really love to see someone follow the instructions by the Evil Mad Scientists and post up the resulting pictures on the corkboard.

Have a great weekend and if you create any math-related art, please share with all of us on the Math Craft corkboard. I will be sharing community content in a post on Monday.

i made a octahedron with smaller xmass spheres covering the holes... about 1/2 the diameter of the core spheres, all together about 8 inches across.. one cap missing.. shone an led in a hole in the side bottom, view through the open end.. = great fractals! sry no cam...