In honor of the new Astronomy World, I thought we should look at a few planetary icosahedrons. The icosahedron is the most round of the Platonic solids with twenty faces, thus has the smallest dihedral angles. This allows it to unfold into a flat map with a reasonably acceptable amount of distortion. In fact, Buckminster Fuller tried to popularize the polyhedral globe/map concept with his Dymaxion Map.

The other advantage of an icosahedral globe is that it's quick and easy to make, only requiring a paper net. Here's a picture of the planetary icosahedra I made last night—in less than a hour. 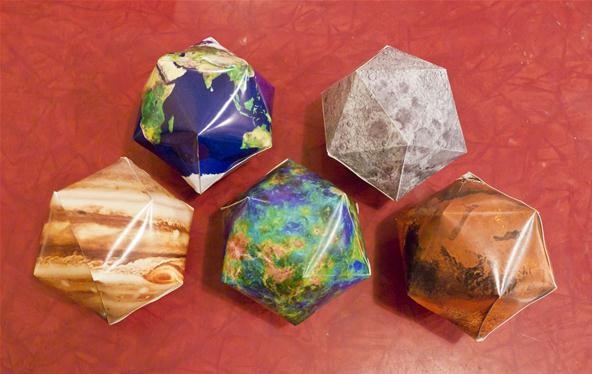 How to Make Icosahedral Planet Ornaments

Pick out your celestial template. On the template site, click on one of the planetary net images on the left side. This will take you to a new page where you can download either a .jpg or .pdf. Print out whichever one you prefer. I used glossy photo paper, which looks great and is stiff enough so that the ornament should survive a fair amount of handling. 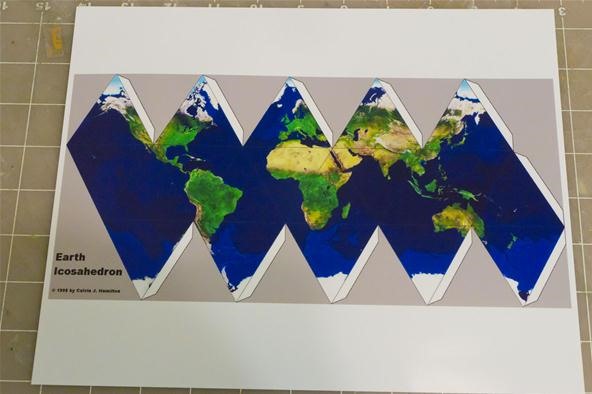 Carefully cut out the net. 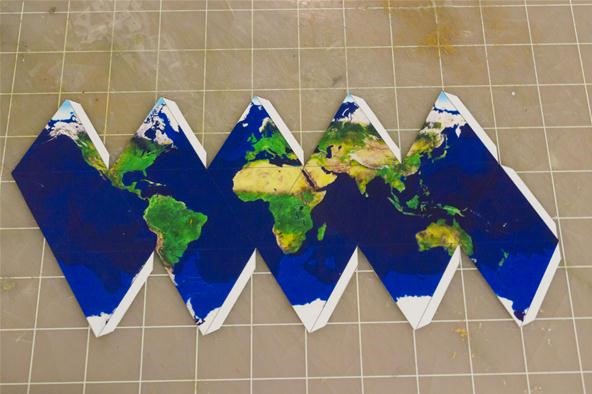 Glue the tabs, connecting the net together. You can pre-fold at the lines if you want, but I opted not to in this case. I wanted to let the paper curve, which makes the globe appear more round. 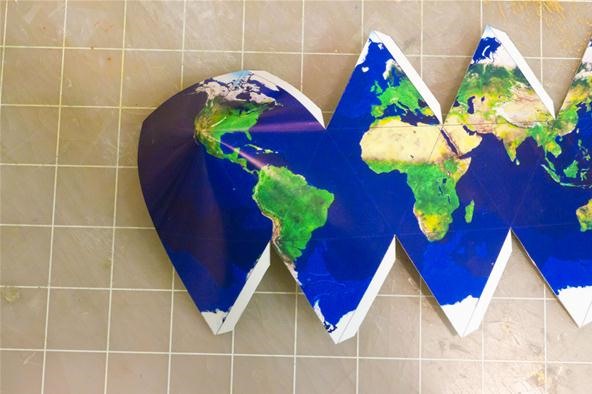 Keep connecting the tabs with glue. 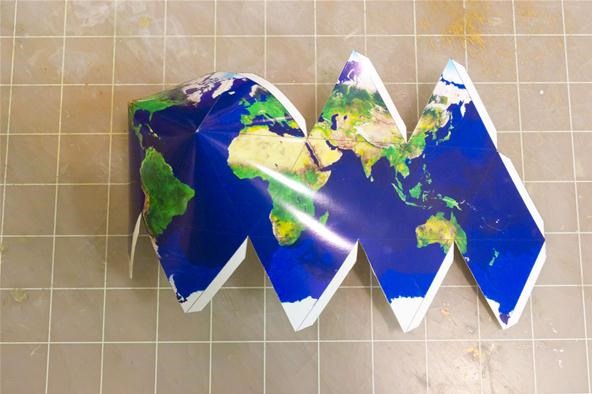 Here you see there's only one more top tab to be connected. 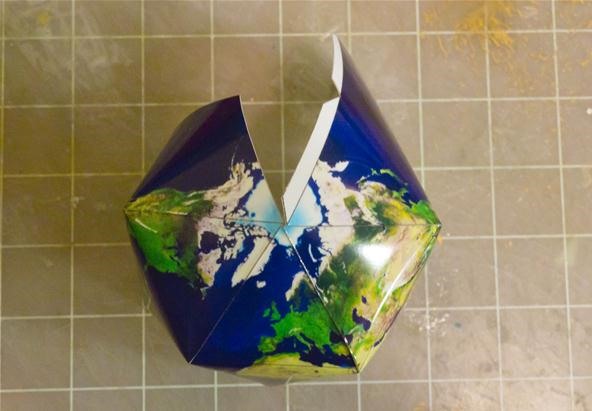 And now the last tab on top has been connected. 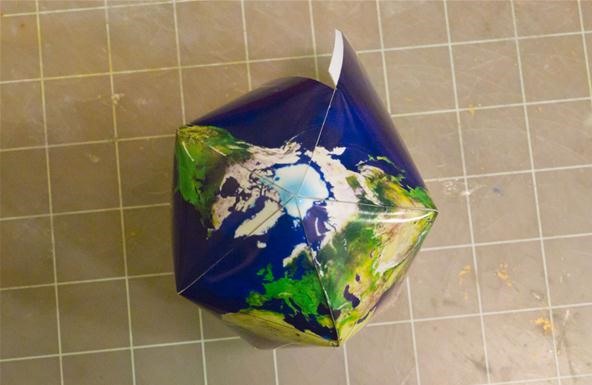 Now it's time to connect the side tab. 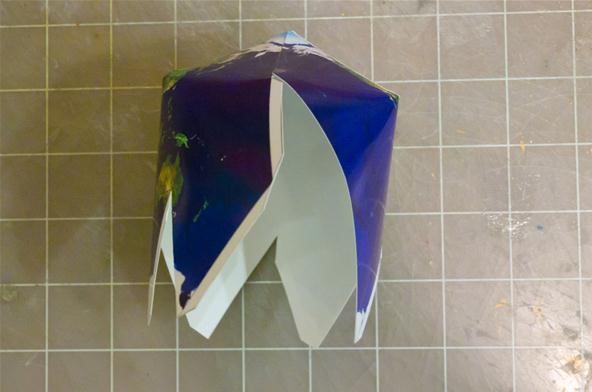 Connect the tabs on the bottom. 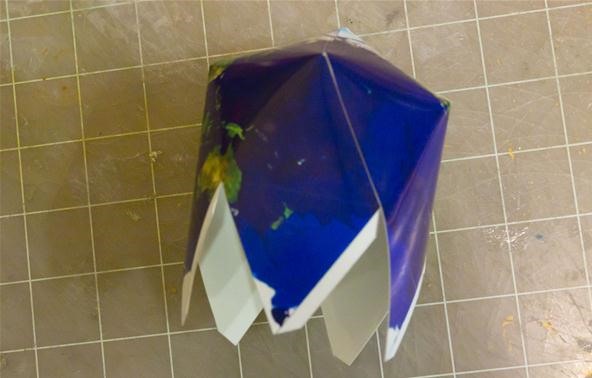 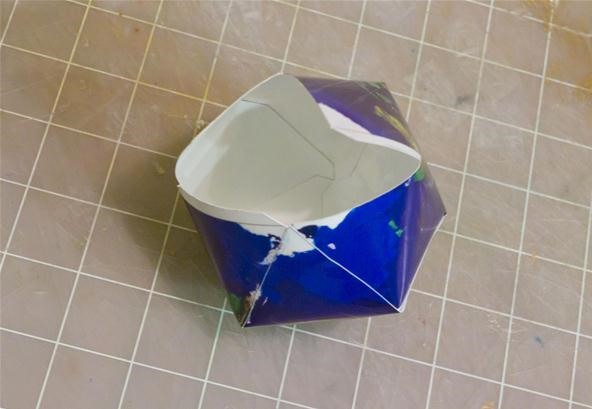 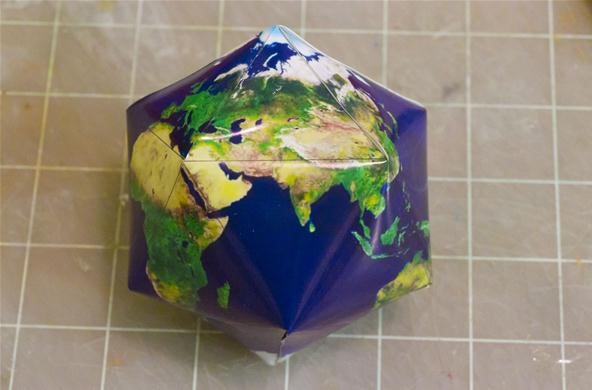 Now I'll make the moon, only to show you how to make the folds crisp, instead of round. 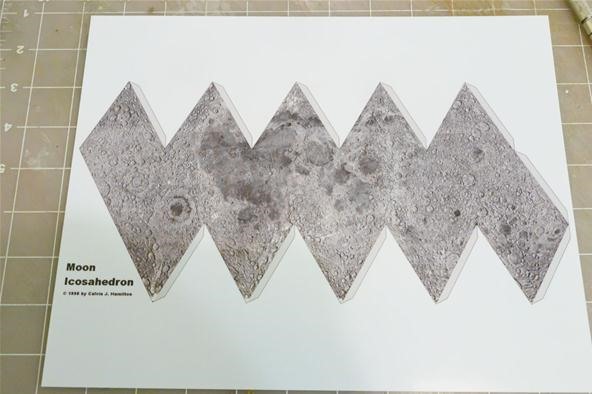 Start from one angled line on the left, then continue along all of the parallel folds. 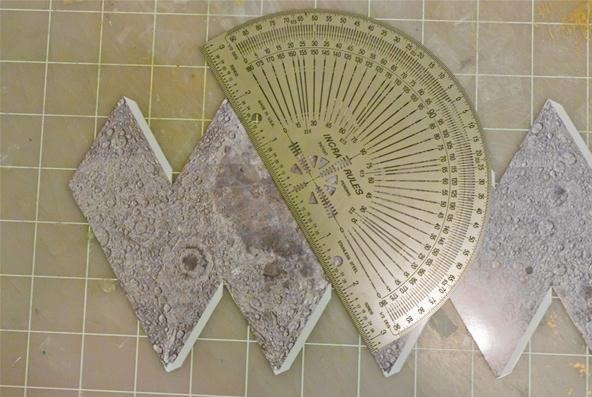 Then do the same thing the other way, making sure to hit all of the folds. 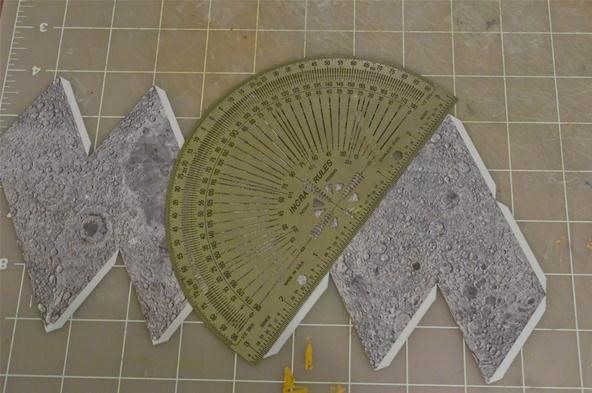 And finish with the top and bottom lines. 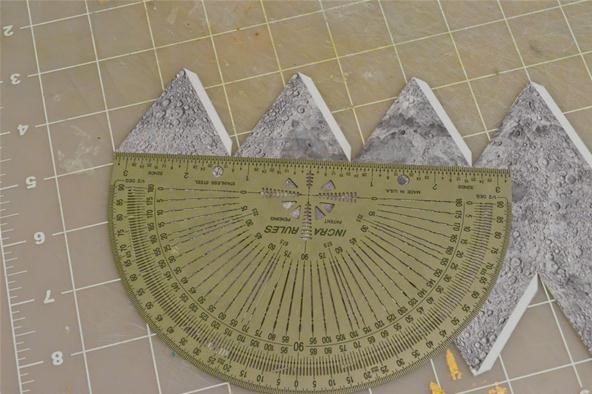 As you can see below, the folds are now crisp. 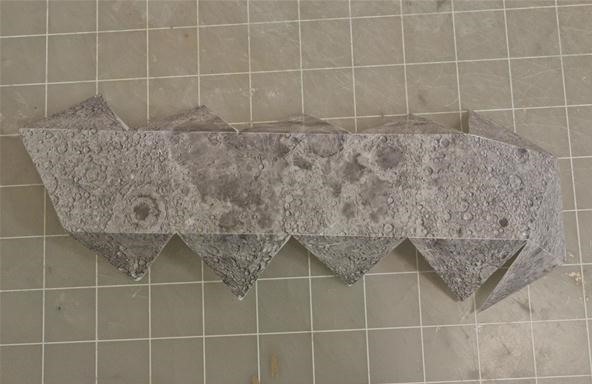 Once you have pre-folded the icosahedron, you can start gluing the tabs together. 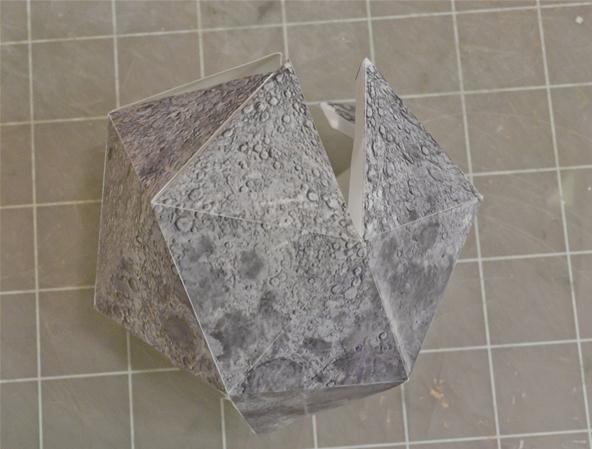 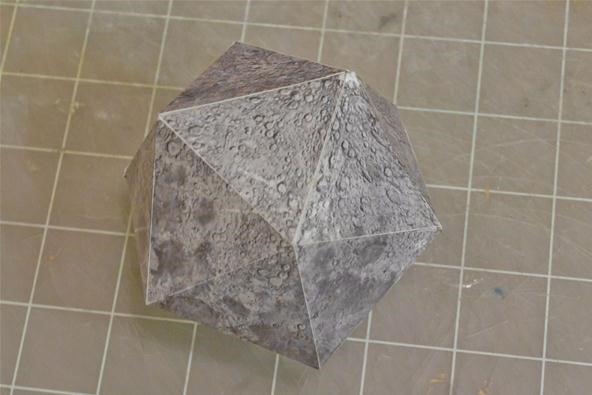 Notice the difference between the two globes below. They both look great. Folding results in the more mathematically pure form, but takes more work. Letting the paper bend results in a rounder globe and is faster to make. 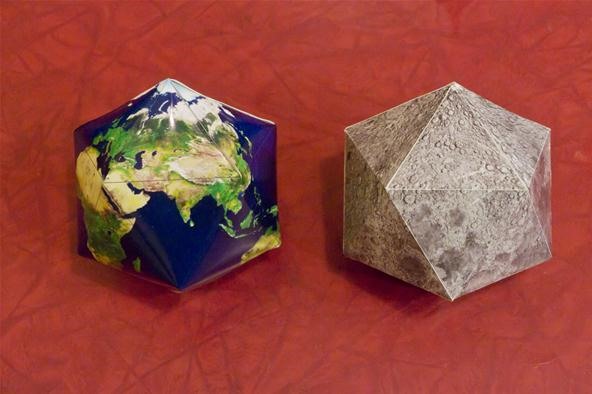 If you make the icosahedral planets or any of the other previous Math Craft projects, please share with us by posting to the corkboard. I'd love to see these as Christmas ornaments hanging from a tree, or maybe you can figure out how to make them into usable boxes by adapting them with a lid. Perhaps you have an original project or something you've seen on the web that you'd like to share.

Nice and easy. They look pretty on glossy paper and are about 4 inches in diameter which makes them perfect for ornaments.

I was just about to make my own and set them up as ornaments then make a how-to! cool

Cool. You can probably find some other templates with different shapes and give it a go for a tutorial...I picked the easiest!