It's Monday, which means once again, it's time to highlight some of the recent community submissions posted to the Math Craft corkboard. In this post, we'll also make a flexagon, which is a type of transformable object.

Rachel Mansur of Giveaway Tuesdays posted several pictures of mathematically based artworks by Tom Friedman. My favorites were the pencil knot sculpture and the skewer sculpture that looks like a stellated polyhedron. 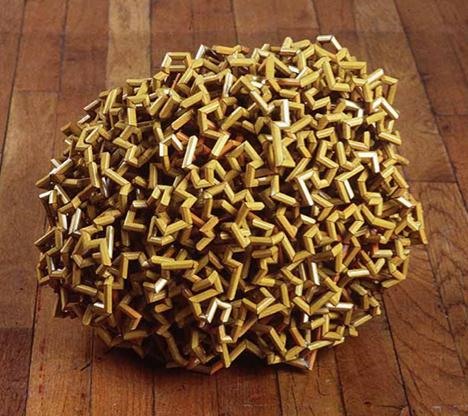 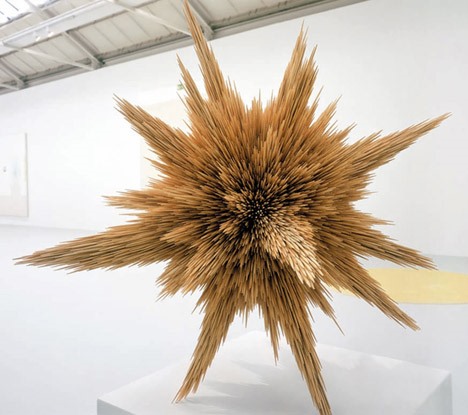 Adam Withrow of PVC Innovations World posted a how to video on a transformable paper toy.  It looks like it would be pretty easy to make and a lot of fun.

Gaveat 123 posted up a picture of a modular origami panda. It was built using a technique called golden venture origami where hundreds of equilateral triangle units are connected together to form rings. This method can be used to build anything out of circular cross sections. 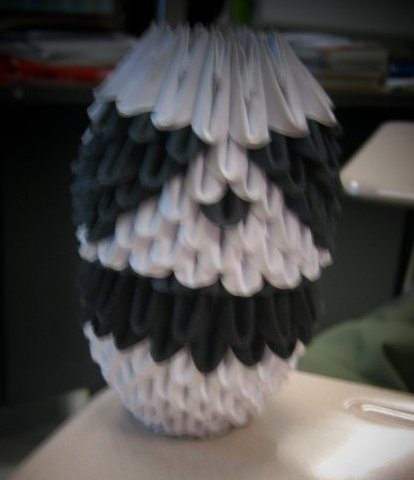 Here's a post/video that shows how to make a fairly elaborate swan using this technique with a few hundred units. I think it could be fun to design some highly mathematical object that would take a few thousand units and then build the units as a team with one member getting them in the mail to construct the final piece (if you are interested in something like this, comment below).

It wouldn't have to be as elaborate, or take as long, as the awesome Menger Sponge made something like this out of business cards constructed by thousands of people (orchestrated by Jeannine Mosely; pictured below). Obviously this isn't based off of circular cross sections...so we'd have to design something quite different. 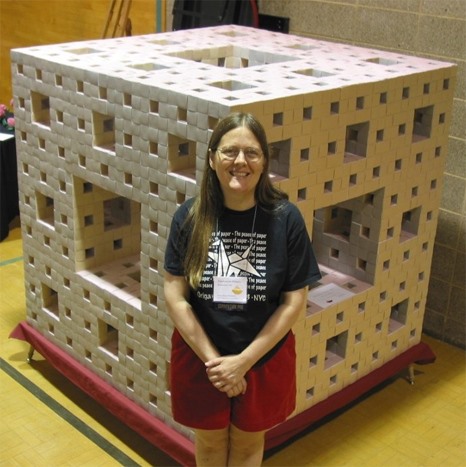 I also posted images of earrings that I made using the templates from last Monday's post on orderly tangles. 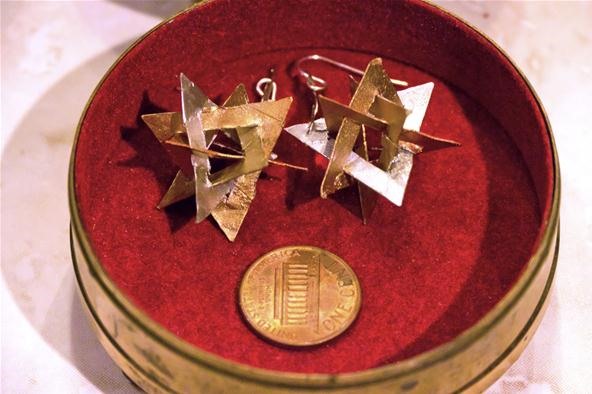 Adam's post started me thinking about easy to build, paper objects that can transform and so I thought I'd share how to make a flexagon. Flexagons come in many different varieties and can be explored in detail at this site, which has lots of information and dozens of templates that can be used to build flexagons of many varieties.

The flexagon that I'm going to show you how to build is a tetraflexagon which means that when it is flat, it looks like a square. It is actually a tetra tetra flexagon which means it has 4 square faces that can be revealed through manipulation. I also picked a flexagon template where the faces form magic squares having several of smaller boxes with numbers in them that always sum to a particular number. The four faces have "famous" magic squares designed by Albrecht Durer, Heinrich Agrippa, Benjamin Franklin, and Josep Subirachs. The magic square by Durer was actually in a picture that was posted on the corkboard by Rachel Mansur. 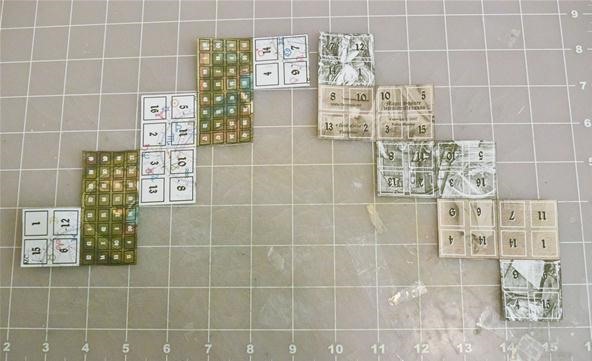 Fold all the squares both ways. 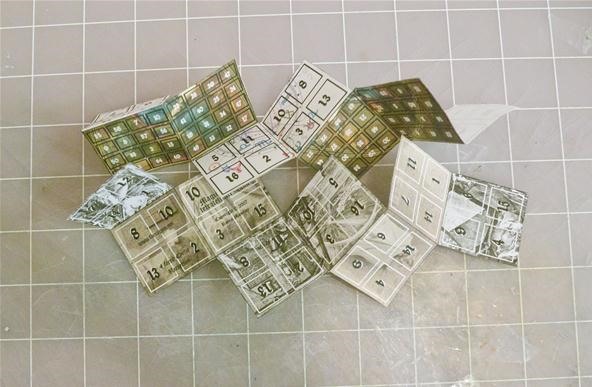 Glue the two sides together. There should be two squares that don't have another square behind them. One is on the bottom in this picture. The other is the top square. 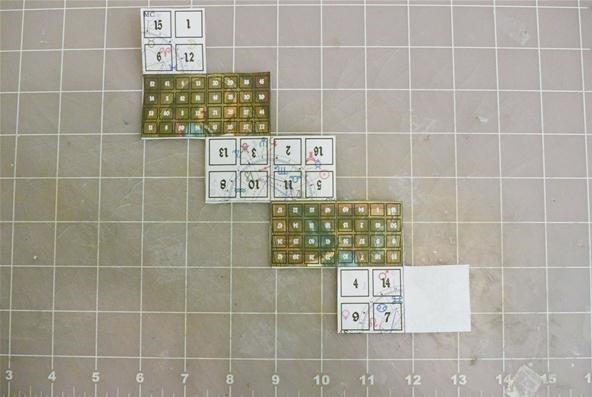 This shows the other side: 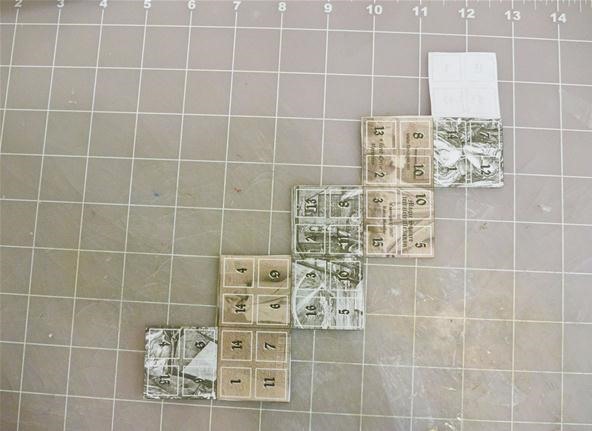 Start folding it together. The goal is to have the one side properly matched. This shouldn't be difficult. 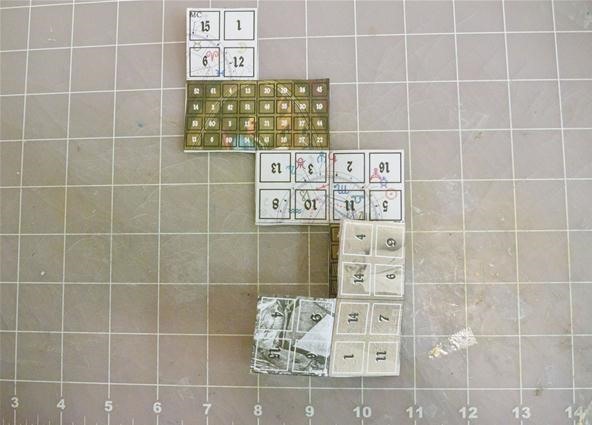 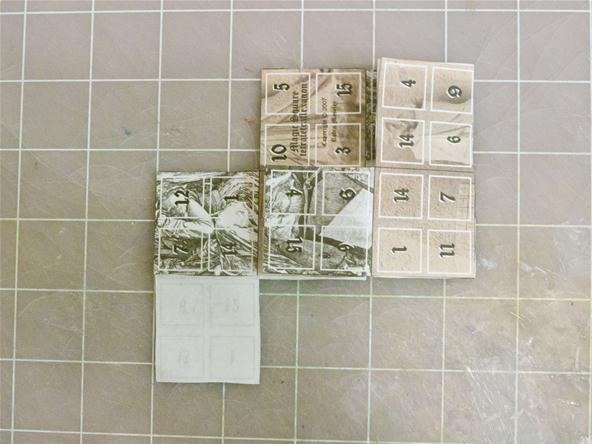 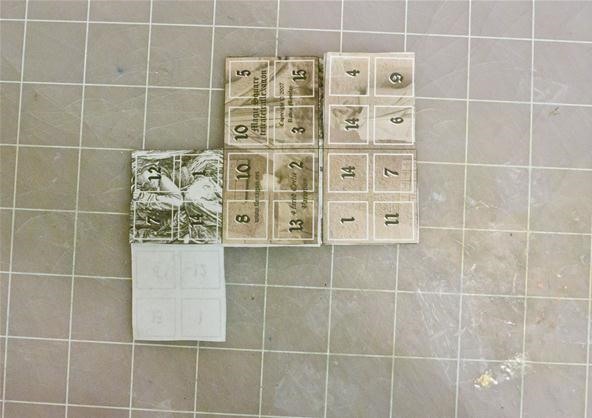 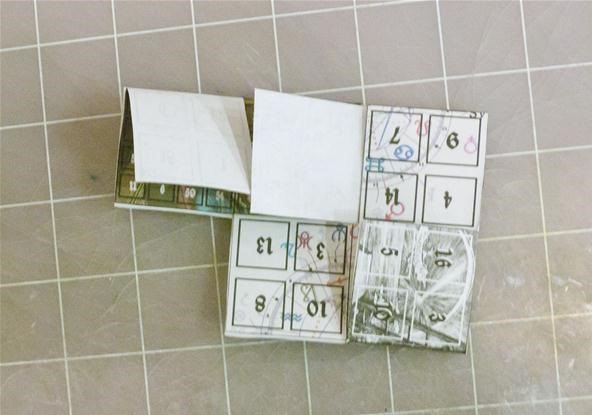 Now the two faces above need to be glued together. The finished tetraflexagon. 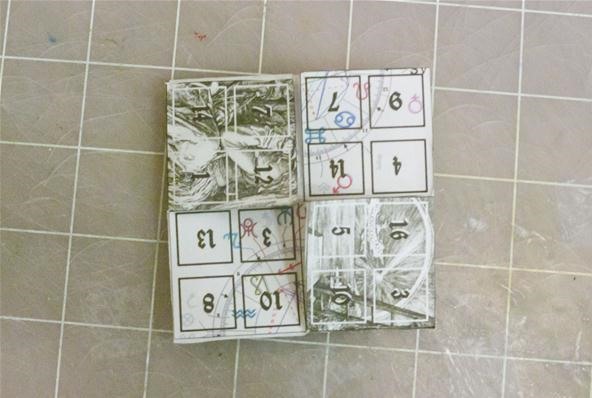 Here's the side that is properly matched: 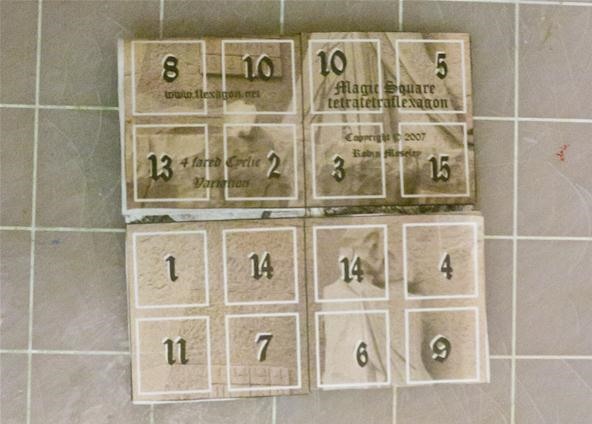 With a little time and effort you should be able to figure out how to view these other sides without tearing the object apart and re-gluing. 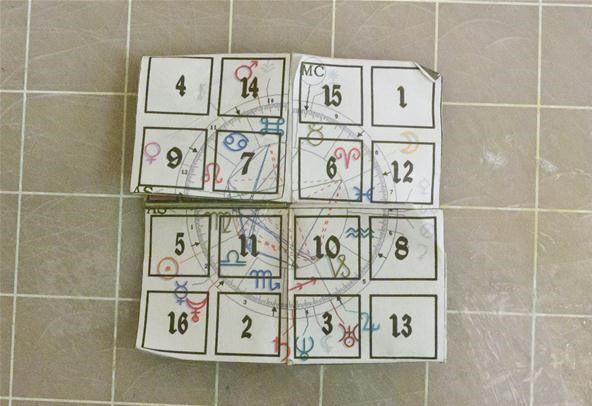 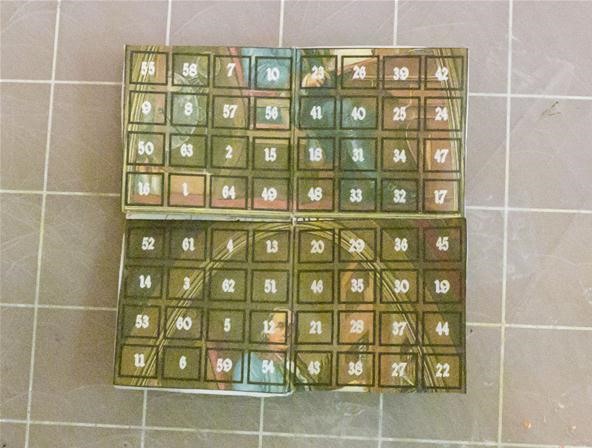 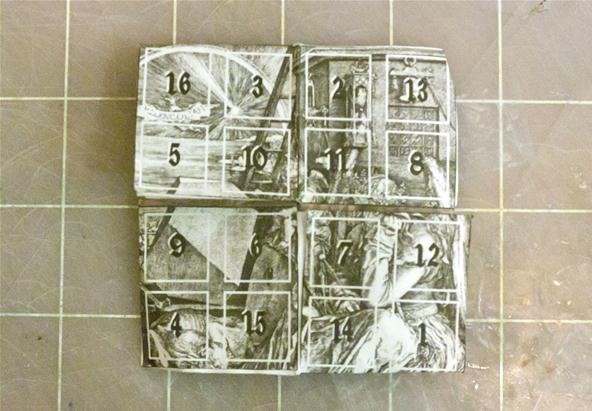 One interesting thing about this last face is that this painting was made in 1514 by Albrecht Durer, and that date appears in the bottom of the magic square that you can see in the painting.

If you complete any of these or any of the Math Craft projects, please share with us by posting to the corkboard. Maybe you just have something cool that you made or saw on the web—you can share that, too!

have you heard of the hexa-hepta flexigon? its a 6 sided shape with 7 different ways to get colors

I've never made past the hexa hexa flexagon. I like that one. The hexaflexagons are actually more intuitive than the tetraflexagons. There's one on the flexagon site that has all of the signs of the zodiac for 12 different faces. And then of course there are the dodecaflexes (12 sides) that are really floppy and hard to control...at least for me.

"I think it could be fun to design some highly mathematical object that would take a few thousand units and then build the units as a team with one member getting them in the mail to construct the final piece (if you are interested in something like this, comment below). " -- i think this would be awesome. who's in?

well, that depends, on where you guys all are. I think this site is from like the western seaboard because the time there is three hours different from my time. so...

international / long distance shipping isn't too bad these days. I'm in Los Angeles, Cory is in Northern California. Not sure about everybody else.

Cool. I lived in College Park for 2 years and Baltimore for 3.

Awesome idea - I am in London, but I send docs to my company in NYC every two/three days and they are always happy to forward on to stateside addresses

Cool. We'll have to think about what we might want to do. I'll put up a thread in the forum soon.