Here's a Math Craft project that takes less than 20 minutes, has an attractive, practical result, and is at least a little mind-blowing due to folding along curves.

The designer of these boxes is Phillip Chapman-Bell, who runs an amazing origami blog and has a spectacular flikr photostream. Both of these contain numerous crease patterns, so you can fold your own versions of many of the objects. Here's a link to the original blog post describing these boxes and how the square version is a close approximation to the solution of the paper bag or tea bag problem of maximizing volume contained between two initially flat sheets. 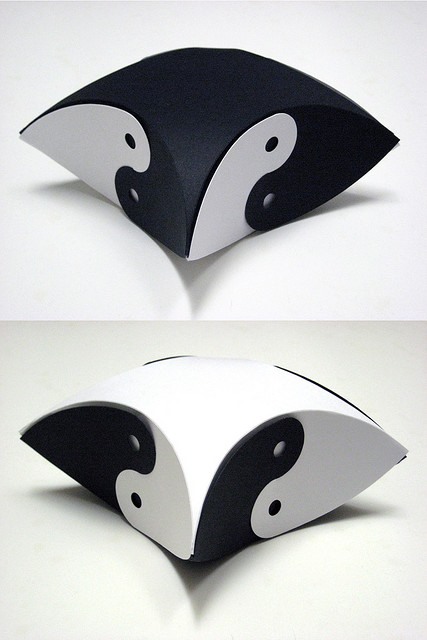 Flickr user En Why See has used these templates to build tetrahedra, and cubes. He even adapted them to form a truncated icosahedron (Soccer ball). 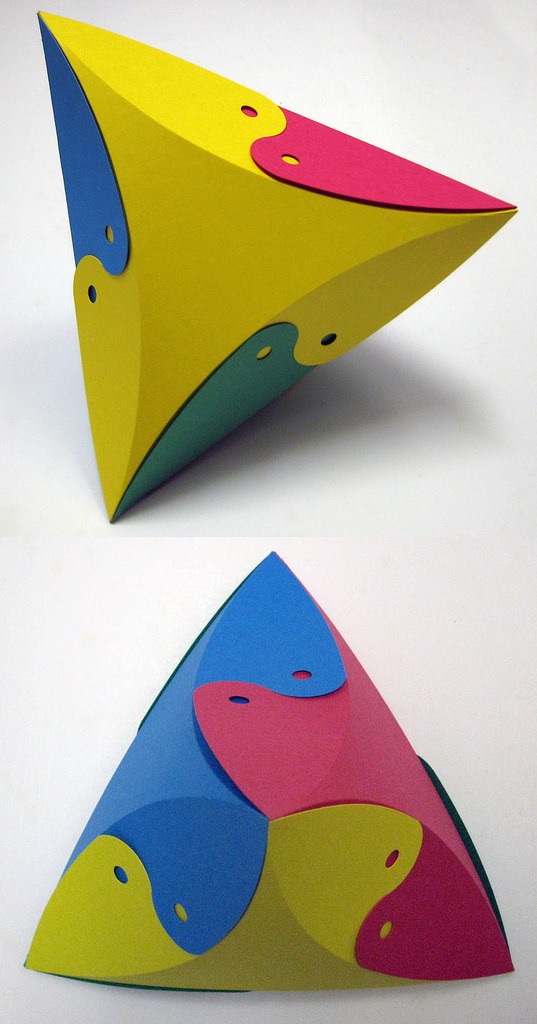 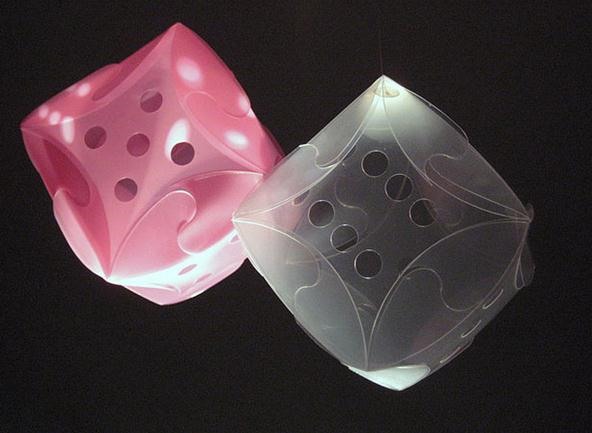 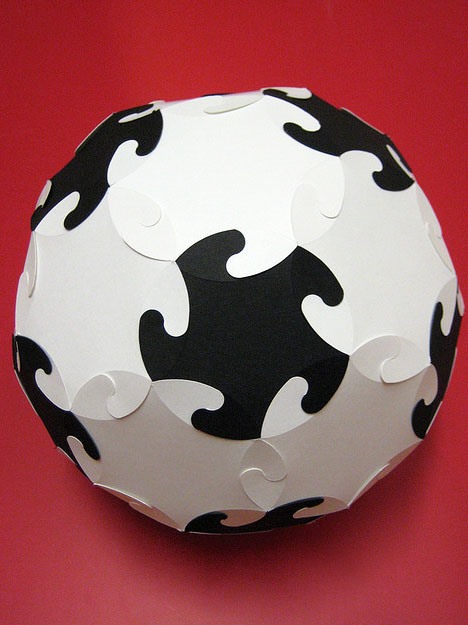 I've actually adapted this idea and made templates to make all of the Platonic solids and Archimedean solids, which we will look at in a follow up post. For now, let's just learn how to make and fold the units and use them to construct the attractive pillow boxes.

How to Curve Fold Paper

Both of the boxes require paper to be folded along curves.  First print out the template. 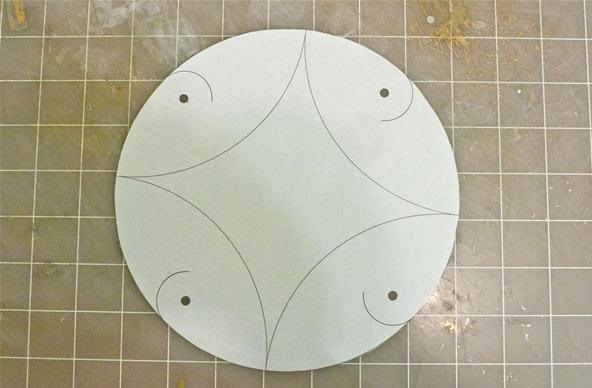 Use the pen as if you were tracing the curved lines. In this picture, I used a working pen so you can see what I am doing, but it would be better in most cases to use a non-working pen. 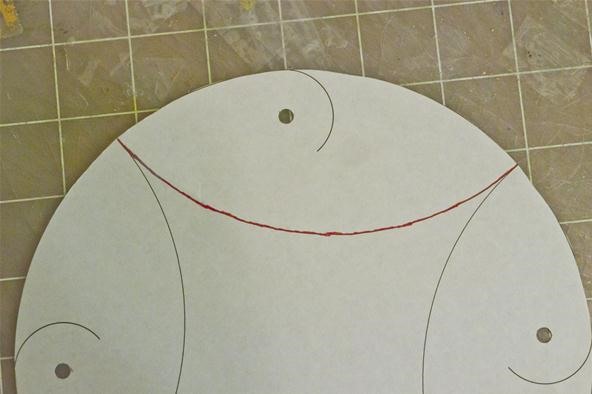 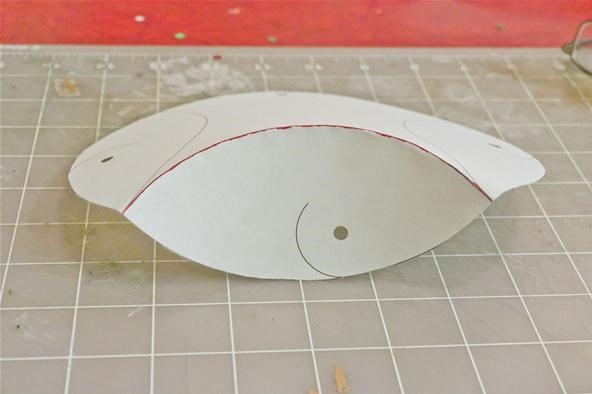 If you do it for the other curves it should look like this: 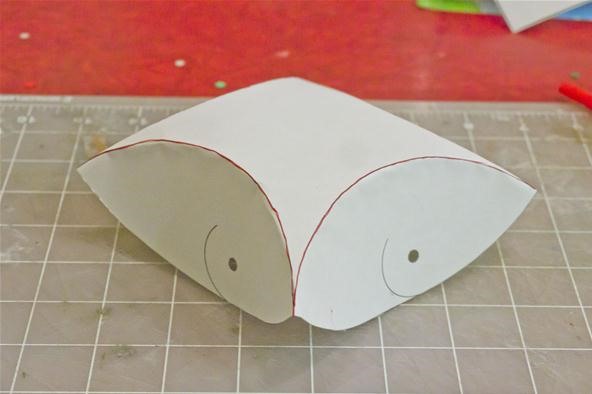 I actually don't usually follow this exact method for cardstock even though it works. I usually just use my X-Acto Knife to lightly etch the curves before folding.

Print out the square template onto two colors of paper or cardstock. Cut out the small slits and holes in the Yin-Yang pattern and then cut around the edges. 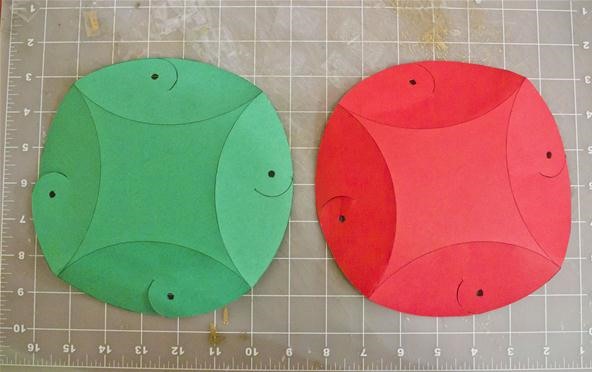 Use the method above to fold along the curves. 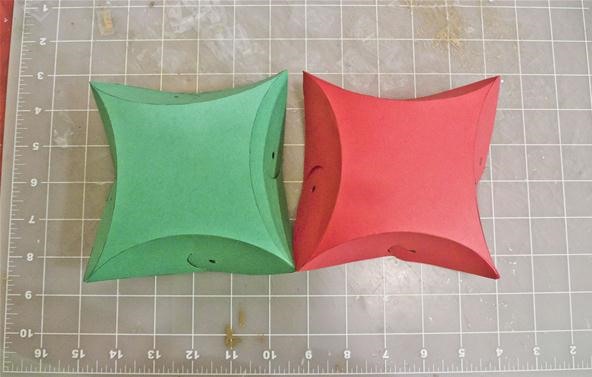 Slide the units partially together on one side. 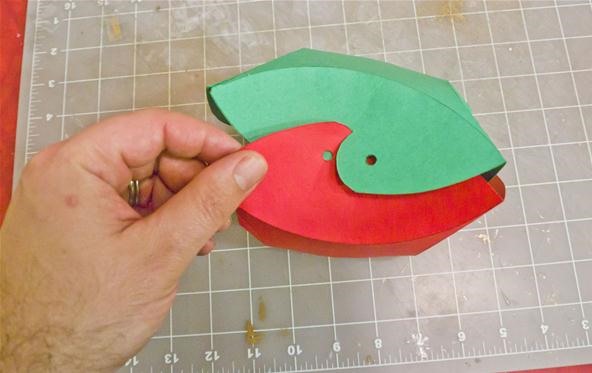 Repeat for the other 3 sides. 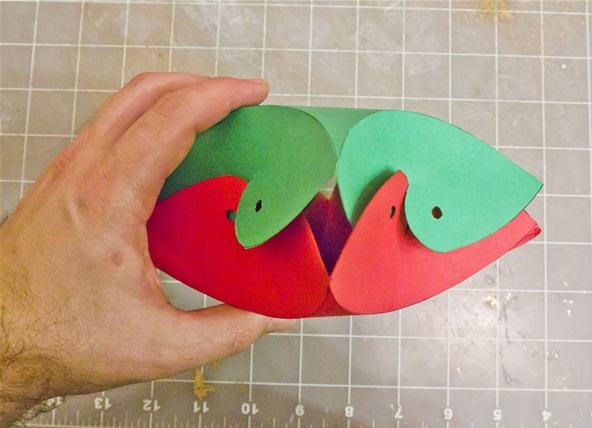 Now slide the units into each other. 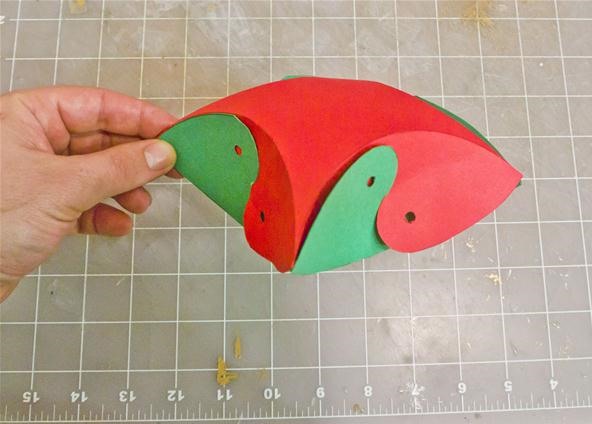 The completed box would make a great box for holding a small Christmas present. 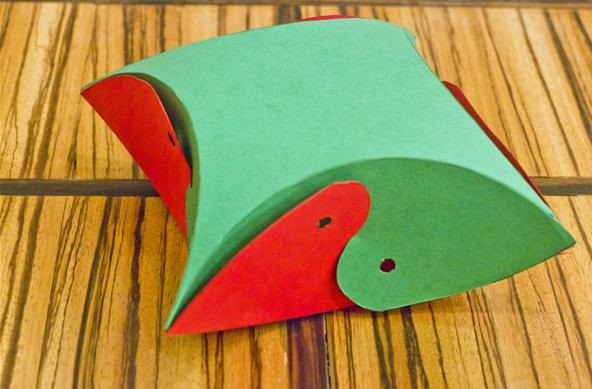 Repeat the steps above for the square pillow boxes, but use the triangular template. 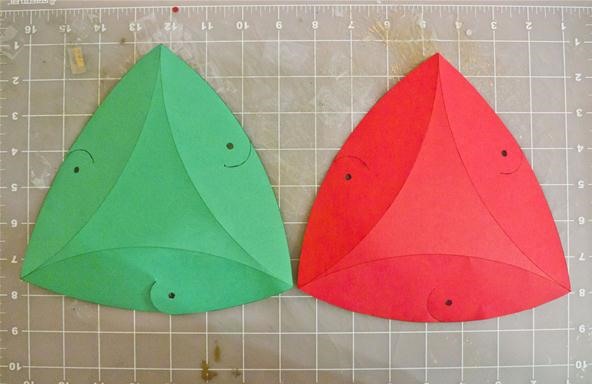 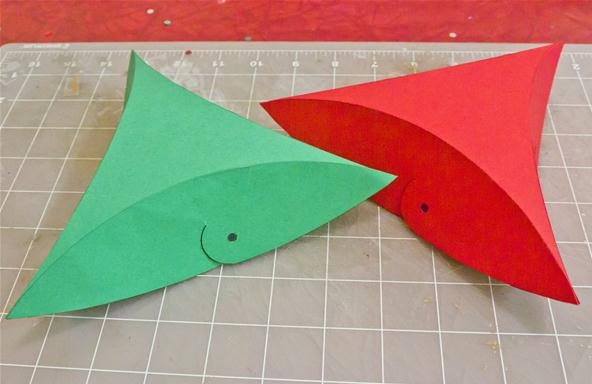 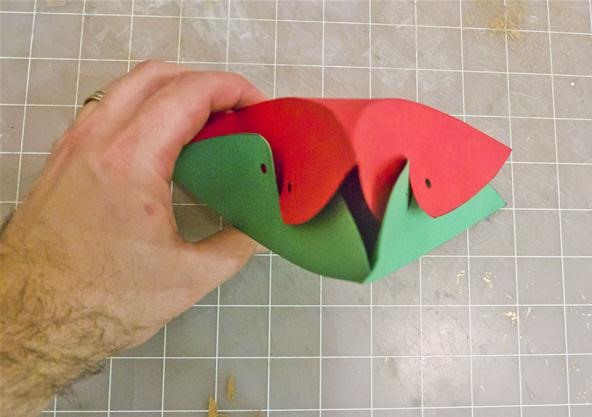 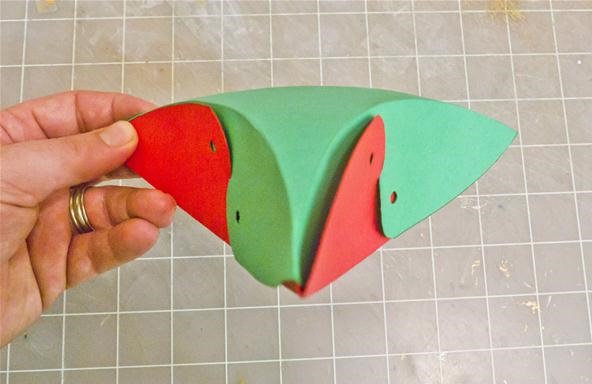 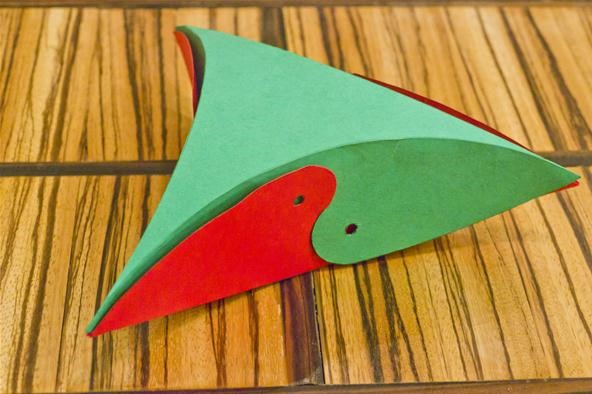 Here's the two box versions side by side:

If you make the Yin-Yang boxes or any of the other previous Math Craft projects, please share with us by posting to the corkboard. Perhaps you have some original project or something you've seen on the web that you'd like to share.

Yeah, I really like the simplicity of this one. The boxes are also much more impressive in person. It's strange to see curves like this. You can't really fully appreciate it in a picture.

Yep. The soccer ball is cool. Next week I'll put up the templates that would allow you to make that and a bunch more objects.

cool. They're great for christmas.

Cory - to get nice curved score lines you can use a compass - as you would to draw a circle, but replace the pencil with a dead bic ie a ball-point in American English ;-) or with a blunted nail if the compass just accept a pencil lead. Smooth lines make the curves sharper and better to look at - and they are easier to fold BTW - not implying yours don't look greater - they look fantastic, love the football

Ah. Nice idea. I think my major flaw on all of these projects is that I am a little bit impatient. I'll have to try that out. Maybe on the templates for all of the different polygons I'll try and include the proper center for the circle.

If you want to know how truly impatient I am...I free hand "straight" lines as well instead of taking the 10 extra seconds it takes to put a straight edge down.

truly yin and yang - i use a protractor to fold sonobe, mostly for the nice straight edge, but also so I can check the fold is perpendicular